SQAC1 is a self adhesive film with clear hard coating for screen protection.

Our hardcoat technology protects the surface from damage and scratches. The films are manufactured to strict tolerances to guarantee the best possible light transmission and image quality.

Anti finger print technology suppresses unwanted residue that is common on today's touch operated devices. Cleaning is made easier due to the dirt repellant surface.

The film is equipped with an advanced silicone adhesive layer that makes the application to the device as easy as possible. The film can be removed at any time without leaving traces of adhesive on the device.

The coating is using antibacterial agents that actively kill bacteria, which makes these materials especially useful for public touch operated devices. The antibacterial activity was certified by an independent laboratory according to the international standard ISO 22196 / JIS Z 2801. 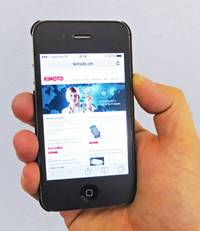